Feedback System 360 in Action! Our success in supporting the evaluation of managers at P4 – the Play network operator

P4 Sp. z o.o. is the operator of the Play network. As of November 2020, the company is a part of the Iliad Group. The brand has commercially launched in 2007; 10 years later, Play has become the number 1 company on the Polish mobile market. The company’s advertising slogan reads: “PLAY – the most popular mobile network in Poland.”

The P4 company decided to assess leadership behaviour in the organisation. The entire process was divided into several phases spread out over time. The first step was an initial survey aimed to assess what is the baseline state of the managers’ leadership competencies. Then, based on the analysis of the results of the 360-degree survey, a plan and relevant recommendations and training and development activities were to be developed. The last step of the process involved another survey carried out after an appropriate time to provide a basis for the final assessment of whether the goal was successfully achieved.

The company did not have a tool to efficiently carry out such an assessment. The tool had to have a function to automatically generate feedback reports including opinions about managers, voiced by their subordinates, colleagues and superiors. Such a solution was supposed to provide a comprehensive assessment of the managers at the beginning of the process, which would point out areas in which they must improve.

“We didn’t have a tool that would support us in this. 360 surveys are complex. For example, when many people assess a single person, many pieces of information are gathered, which must be appropriately concatenated and aggregated to provide valuable data and conclusions.”

Another challenge was the magnitude and scale of the research and the fact that employees were scattered – the managers were located in the headquarters and within the sales network all over the country. The survey included a quantitative feedback, i.e., ratings on a scale, as well as a qualitative feedback, as each survey taker could enter their comment. 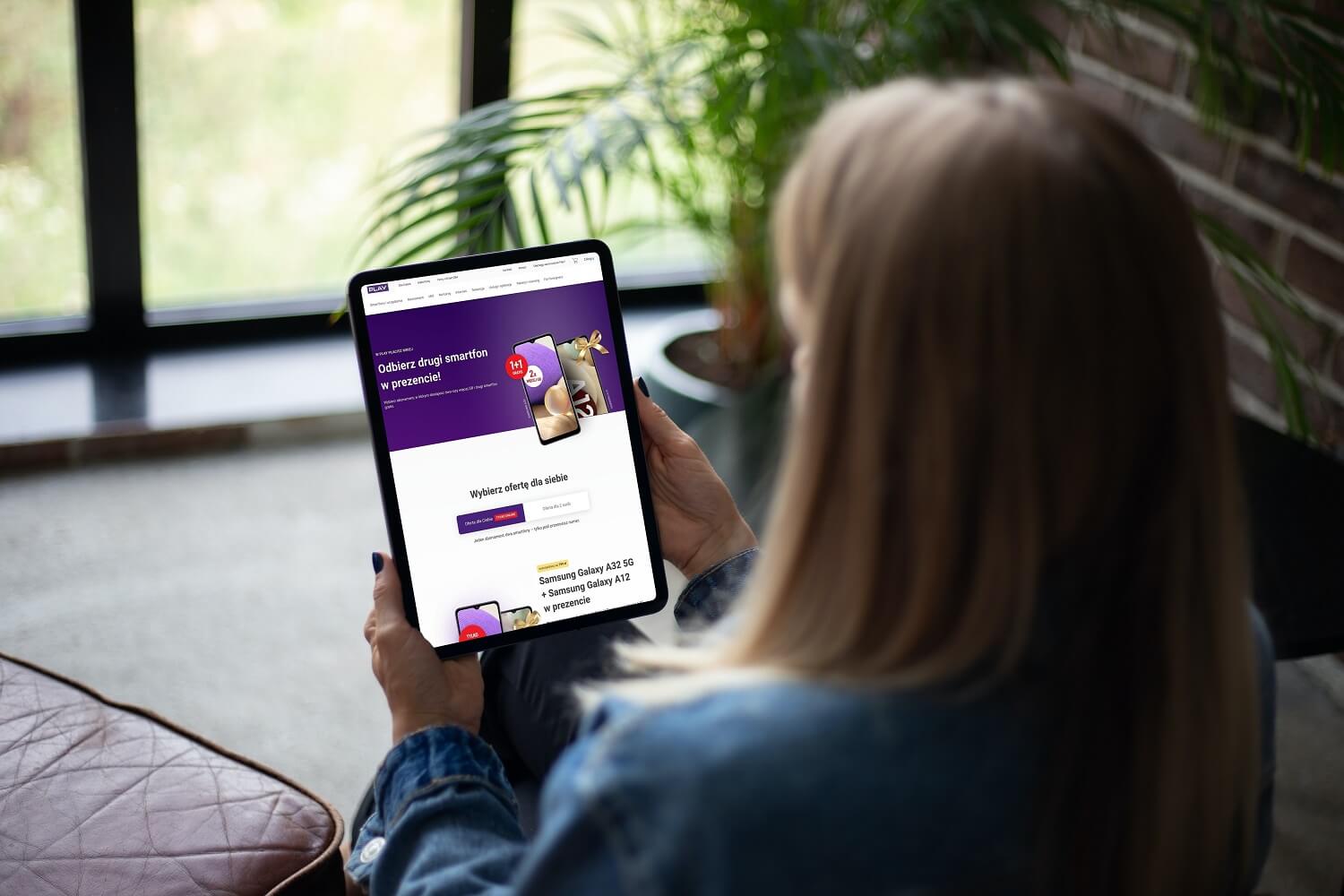 Play is a consumer-friendly operator, providing services to more than 15 million subscribers.

The Dolineo’s Feedback 360 system allows companies to quickly and intuitively carry out the feedback process, i.e., providing feedback using the 180, 270, 360 degree method. The P4 company noted that. The Dolineo’s offer fully met the client’s needs and expectations, and the implementation itself went quickly and smoothly, as required.

“We really liked the flexibility of the solution as well as the Dolineo team. Our first contact with the app gave us the impression that Dolineo’s assessment and feedback system is exactly what we expected and needed.

In the first step, managers were informed about the planned feedback collection process. Then, the entire organisation received an announcement that a manager feedback process was being launched to improve the quality of leadership and build the Play network manager standard.

Together with the start of the feedback collection process, employees received an invitation to a survey via a system-generated email, which included, among other things, the rules for providing feedback and the time of the survey. Once feedback was collected, managers received an automatic notification that their individual survey summary report was now available.

“Dolineo’s feedback system is a very simple and intuitive tool. Easy to use for administrators – undoubtedly a great advantage. For the user, the survey format itself is friendly and simple. Well organised and clear reports, or the ease of viewing the results on the platform without having to generate a PDF file are some of the biggest advantages of the system.”

In the first round, the system collected a total of several thousand evaluations, and over three hundred managers received feedback.

“Previously, we were only able to conduct 360-degree surveys for selected units through an external consulting company. The internal system opened the way for us to implement the process on a large scale.”

By implementing the feedback collection system, P4 obtained a capability to improve the area of competency testing, which previously had been ineffective due to a lack of an appropriate tool.

“With the use of the Dolineo’s feedback tool, the survey went very smoothly. Considering the large scale of the survey, the system performed well in every respect. As a result, we plan to continue collecting feedback systematically through the platform.” 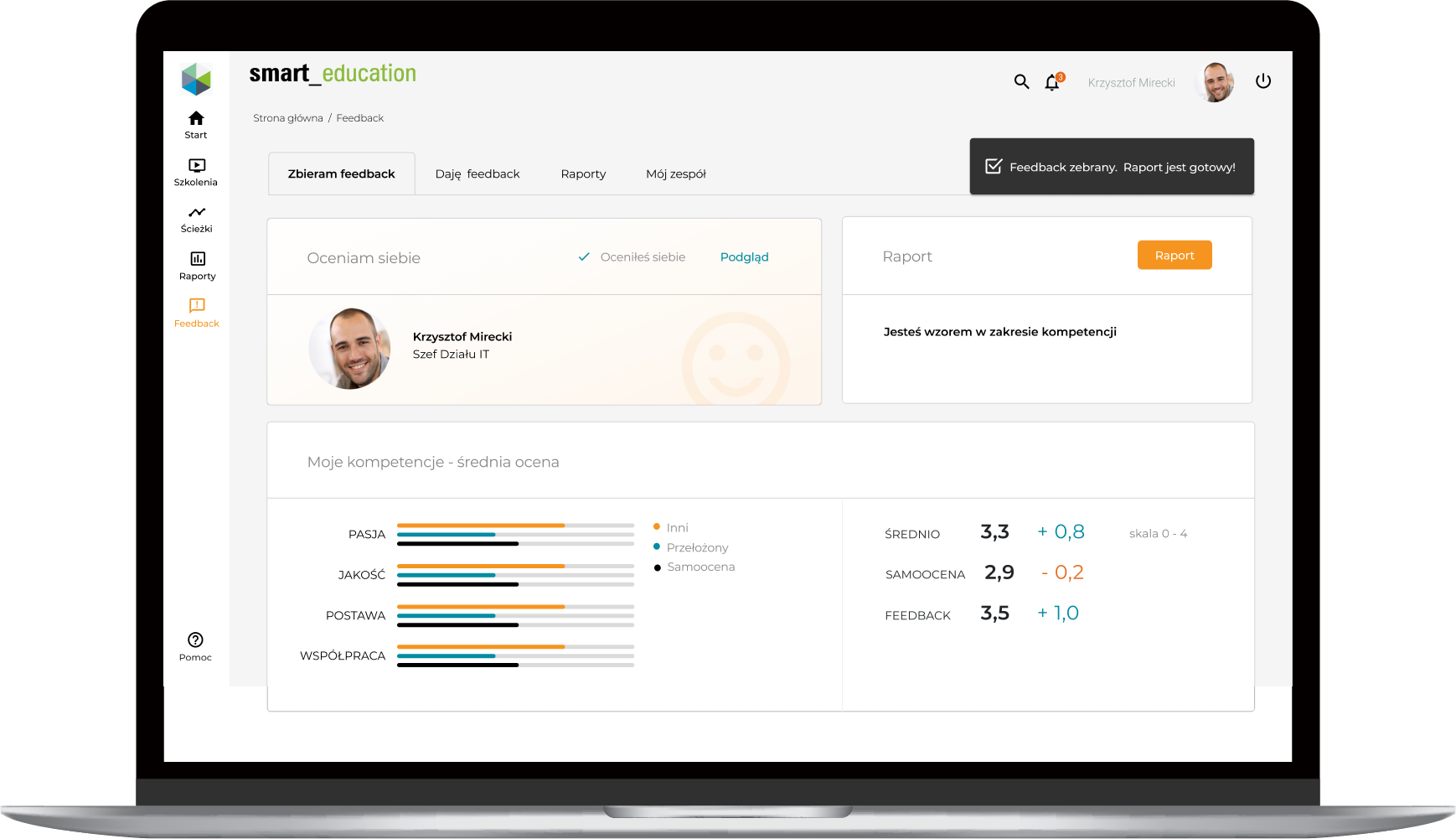 Feedback 360 Dolineo supports companies by enabling execution of quick and intuitive periodic evaluations of employees using the 180 / 270 / 360 degree method. Feel free to contact our advisers and check the capabilities of the system in practice.